It's the Prices, Stupid

There are a lot of problems with the US Healthcare system that prevent the ideal capitalist model from transferring its invisible-hand efficiencies to make us all well at minimal cost.

The most obvious problem is people rarely price-shop prior to purchasing healthcare services. Moreover, even if they did, no one knows how much anything costs

Instead, a parasitic multilayered economy has evolved around the confusing and wasteful billing systems. Costs vary wildly based on insurance negotiations, not quality or efficacy.

It would be sort of a back door way to achieving the same effect of a single payer healthcare system, writes Vox's Sarah Kliff.

This system would be similar — but not quite the same — to something we usually call all-payer rate setting, where the government doesn’t run all the health care insurance plans but does tightly regulate the prices they charge.

All-payer rate setting essentially shares the same goals of single-payer: It aims to increase efficiency and reduce insurer overhead in the health care system. Single-payer does this by eliminating private plans for one government plan. All-payer rate setting gets there by setting one price that every health insurer pays for any given medical procedure.

What's interesting is that this is not a new idea. Apparently Maryland has been using a sort of all-payer rate setting for years under a federal waiver. It is the only state currently doing so, but other states tried it in the 1980s.  That said, countries like Germany and Switzerland also use all payer rate setting to keep costs under control.

Why does setting one price reduce costs? Studies have found that a the same procedure may vary in cost by thousands of dollars based on the size and negotiating skill of the insurance carrier. This creates an inefficient system that requires a whole sub-economy of billing clerks and subcontractors just to figure out what to charge for each procedure.

Single-payer health care systems save money in two ways: reducing administrative costs and increasing the bargaining power of health insurers. This is true of all-payer rate setting systems, too.

Healthcare prices are rising at the fastest level in years, California's proposed legislation may be once politically feasible way to try and reign those prices in.

I was diagnosed as HEPATITIS B carrier in 2013 with fibrosis of the
liver already present. I started on antiviral medications which
reduced the viral load initially. After a couple of years the virus
became resistant. I started on HEPATITIS B Herbal treatment from
ULTIMATE LIFE CLINIC (www.ultimatelifeclinic.com) in March, 2020. Their
treatment totally reversed the virus. I did another blood test after
the 6 months long treatment and tested negative to the virus. Amazing
treatment! This treatment is a breakthrough for all HBV carriers. 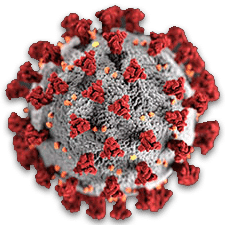