The Avalanche of Death: This is just the start of US healthcare's collapse 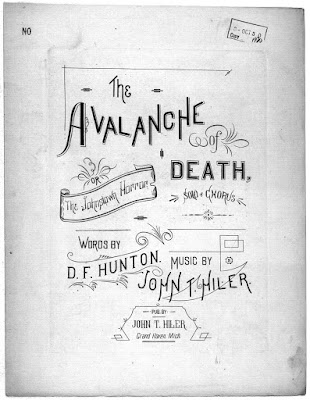 The tax plan passed by the GOP last night is mostly a sop to their donors with some ultra-conservative red meat thrown in to win a few senators who may have once pretended to care about fiscal responsibility.

However, one thing included in the bill is essentially a repeal of the individual mandate to have health insurance -- a key component of the Affordable Care Act.

The reason is simple -- and the basis for all insurance programs. If something is expensive, you spread the cost out over a large group of people so they can pay small amounts. The problem with health insurance is that not enough younger people sign up for it.

That leaves only older, sicker people paying in to the system. The individual mandate sought to increase number of people paying into insurance pools so as to spread out the costs. Moreover, younger people get sick too -- not as often perhaps -- but they get in accidents, get sick, have sick kids. There is good reason to have insurance even if you are relatively healthy, and the more people with insurance, the lower the costs for each individual.

However, drop the mandate and many of those people will likely leave the pool. That means increased insurance premiums for the people who are left.

As premiums go up, fewer people can afford to buy health insurance and more drop out.

Meanwhile, the Trump White House and Republicans are already planning to pay for their big tax cut with "entitlement reform." That is the GOP's expression for cutting Medicare, Medicaid and Social Security.

It is something they've wanted to do for a long time. Now they've created an excuse - the tax cuts could trigger forced spending reductions in Medicare starting as early as next year.

I am so Happy to be writing this article in here, i am here to explore blogs forum about the wonderful and most safe cure for HERPES SIMPLEX VIRUS . I was positive to the deadly Virus called HERPES and i lost hope because i was rejected even by my closet friends. i searched online to know and inquire about cure for HERPES and i saw Dr ABILI testimony online on how he was cured so many persons from Herpes Disease so i decided to contact the great herbalist because i know that nature has the power to heal everything. i contacted him to know how he can help me and he told me never to worry that he will help me with the natural herbs from God! after 2 days of contacting him, he told me that the cure has been ready and he sent it to me via DHL and it got to me after 14 days! i used the medicine as he instructed me (MORNING and EVENING) and i was cured! its really like a dream but i'm so happy! that’s the reason i decided to also add more comment of Him so that more can be saved just like me! and if you need his help,contact his Email now (drabiliherbalhome@gmail.com) or him on whatsApp number +2348026647940.

When I was in nursing school, a friend of mine was walking out of a class when he suddenly couldn’t speak, his left arm and leg stopped wor...