The Myth of Islands

An Island is a lie.

On my way to work, I drive along Willapa Bay and pass by the two Islands that can be seen from the mainland. Long Island crowds just feet from the highway that hugs the shore. Heavily forested it stretches away to the horizon, appearing as solid shoreline. Long Island holds a grove of ancient forest and in days past was inhabited with settlements. There is a ferry landing just off the road that used to bring trucks back and forth across the narrow thread of water that separates it from the rest of Washington state. 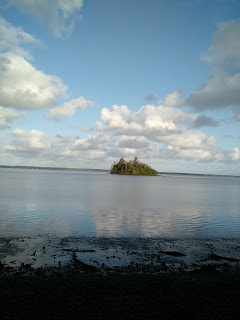 A little farther on is a defiant little islet several hundred yards from where the tourist pass by on their way to the beach.. The US Geographic survey named it Round Island back in 1858. Locals call it Baby Island. Its shoulders’ hunched and spiked with snags and cedar that burl in the winter storms. Only a few acres of brush and trees, it appears a picturesque myth centered in the waters of the bay. Steep rocks rising from the silver gray waters and lonely alone.


It is easy to feel alone.


It is easy to think that our actions do not shatter the mirrored water that flows around us, yet the decisions we make ripple out into the world.


We see it in politics, where the temptation is to live and let live, assuming no responsibility for the community, the state, the nation or the world.


I hear it all the time. I’ll take care of myself, do what I want, and it won’t affect anyone else. If other people make bad choices, can’t access health care or mental health services or run out of money when they are too old to work, that’s their problem. It won’t affect me.


I work as a nurse in an emergency room. It is the front line of the consequences of bad choices.
I meet a lot of people who until that moment thought that they were islands. Many thought their decisions affected no one but them and them alone.  Some have long suffering loved ones at bedside, others have long since burned those bridges to the mainland. Perhaps they justified this as a way to limit that damage they caused, or perhaps the connection was never very good in the first place.


If not family and friends, there are always the professionals -- the police officers, EMTs, nurses, doctors and socials workers -- who crash in waves trying to make a difference until the last breath.


Every wave recedes taking a little away from the beach and leaving a little of itself behind. Yet, the ocean itself is not unchanged.


I have watched as addiction destroys families and devastates public resources. I have seen suicide shatter communities. I have seen health care professionals struggle to make a difference in the face of increasing needs and decreasing resources.

I have seen doctors and law enforcement officers that I worked with take their own life.


Studies have shown that nurses experience depression at twice the rate of the general population. Doctors have a suicide rate that is at least twice that of the general population and that rate is even greater for female physicians. The stresses come from long hours, increasing work loads and the crushing expectations of health care systems that are always demanding more and paying less. Unfortunately, few seek professional help.


So too some of the stress comes from our own expectations. Physician Pranay Sinha, in a 2014 essay entitled “Why Do Doctors Commit Suicide?”  in the New York Times explained it this way:


“There is a strange machismo that pervades medicine. Doctors, especially fledgling doctors like me, feel the need to project intellectually, emotional and physical prowess beyond what we truly possess. We masquerade as strong and untroubled professionals even in our darkest and most self doubting moments. How, then, are we supposed to identify colleagues in trouble -- or admit that we need help ourselves?”


Individual strength, resilience  and freedom are cultural virtues in our nation.Yet we achieve most when we come together and recognize our connections and that through those connections our individual decisions have repercussions on the world around us.


This far north the tides are impressive - a dozen feet in sea level change can drastically alter your perspective in a few hours time. When the tide is low, the water drains out of old Shoalwater bay and Round Island is exposed as connected to mainland by mudflats that the unwary may be tempted to walk across.


Drain away the oceans that appear to separate us, and you will find underneath the connections that tie us all together.

What we do and say and how we act affects those near and far.


How we treat each other and how we take care of ourselves matters.


If you think you are an island, just wait until low tide.

This essay was originally written for the The Daily Astorian and published on 4/29/2016.

I Think it's going to rain today

I woke up with this song in my head. This morning I realized it is Friday the 13th of March. Back in the ER tonight. After a week of s... 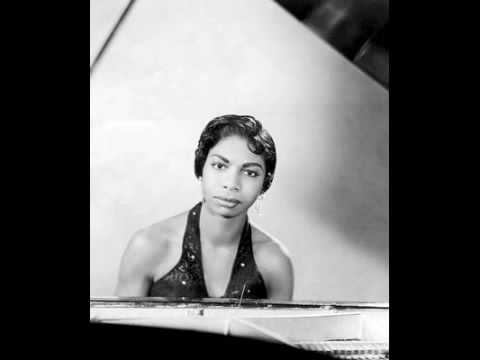